Brought To You By
Joe Golson

There are dozens of different ways of illustrating the sales funnel concept because the exact make-up of this funnel will vary from business to business depending upon the demands and operating style of different businesses.

The basic idea of the sales funnel is that at the top (the ‘mouth’ or widest part of the funnel) you have your potential prospects. At this point in time, these individuals have done nothing to signify that they are likely to do business with you at any time in the future.

Depending upon how you create your own funnel model, these prospects could be just outside the top of your funnel or just inside the top lip.

However, as a general rule, it is normal to assume that anyone who is actually inside the funnel has made a least some degree of commitment to your business, possibly something as simple or basic as visiting your site.

This is the most basic commitment level from a potential prospect to your business. The prospect has seen some form of promotional material that you have ‘seeded’ the net with, was interested in what you had to say and decided to visit your site to investigate a little further.

Thus, they have taken the very first step that you wanted them to take, hence the notion that they have already made some form of commitment to you, albeit a very small one.

At this point, having just entered the widest, uppermost part of your sales funnel, the prospect has a choice to make. Either they are going to find your offer to be of sufficient interest to commit themselves further or they are going to decide the opposite. In this case, they jump back out of your funnel, lost to your business forever.

It is this notion that people can ‘jump out’ of your sales system at any time they want which leads to the basic funnel concept. At every step of the process, there will be people who make the decision to go no further and back out.

Hence, you have less and less people still interested in what you are doing as they move through your sales process (or down your sales funnel) meaning that your scope for business narrows because of the dwindling number of people still involved.

But even at this early stage, your first-time site visitor has a choice to stay or go. If they do not jump out of your sales funnel by closing your page for ever, the next logical step is that they will increase their commitment to you to a greater or lesser degree.

Alternatively, it is more common to ask them to take a specific action on this page, such as signing up for your mailing list, providing additional information or some action of this nature. If they choose to do this, the element of commitment is considerably higher because they have taken the action that you required.

In the first of these two commitment examples, the individual who takes a look at a few more pages on your site pushes themselves a little further down the funnel (or through your system) by this action.

However, we have already established that some people will already have backed out before now. Thus, there are less people still interested in what you have to offer at this slightly more advanced stage, hence the narrowing of the sales funnel.

On the other hand, the individuals who have taken the action that you asked them to take have pushed themselves considerably further down the funnel. At this level, there are again less people and therefore the funnel continues to get still narrower.

In the following simple sales funnel schematic, you might say that the upper blue layer represents the first time visitors that you have drawn to your site:

Of these visitors, the ones who make a minor commitment to you by browsing around your site for a reasonable period of time might be imagined to have moved down to the next (green) level of the funnel.

However, those who subscribed to your mailing list or took whatever other action you requested have moved past these slightly less committed people straight down to the red layer, where there are considerably less people and therefore a narrower funnel.

And so it goes on. The more commitment you are asking for from your site visitors, the less people are likely to make that commitment.

It should therefore be clear that the whole sales funnel concept is based upon the idea that selling products or services (whether online or offline) is a step-by-step process of pushing people down the funnel or through your sales system.

At each level of the funnel, you have to ask your prospect to increase their level of commitment knowing that by doing so you are going to drive some of these prospects or customers away.

This is absolutely inevitable but there is no inevitability attached to the number of people who might decide to jump out of your sales funnel at any particular level.

In other words, this book is going to show you how to create a sales funnel in such a way that you can prevent huge numbers of hot prospects from jumping back out of your funnel once you have got them to take the initial step that you want them to take.

How to build your list *REALLY FAST* (and get paid for it...) 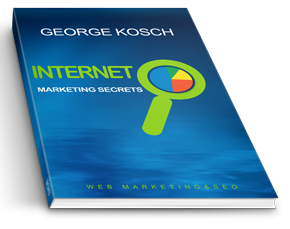